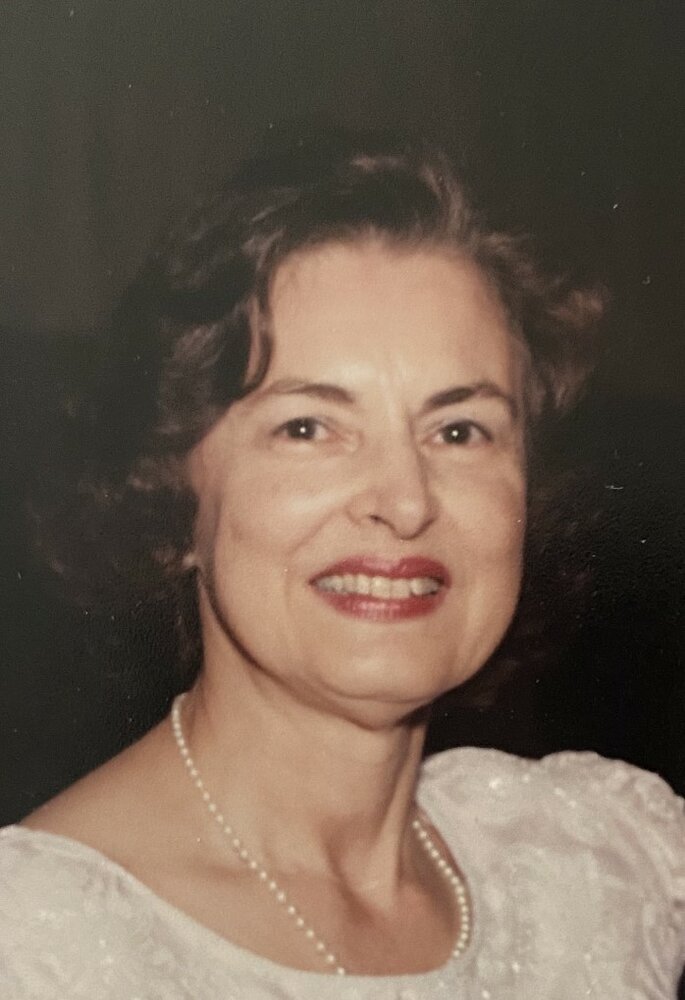 Please share a memory of Evangeline to include in a keepsake book for family and friends.
View Tribute Book

Evangeline Mastrogeannes, (nee Karrys) died peacefully in her sleep on the morning of August 23. Evangeline, who was known as Angie, was born in Milwaukee, WI, to Greek immigrant parents on January 9, 1927. She received her bachelors degree in English from the University of Wisconsin, Madison, and taught high school English for several years in Beloit and Milwaukee. She later decided to pursue a Masters of Education at Columbia Teacher’s College and left her hometown to embark on a new adventure. While attending Columbia, Angie met her husband Peter who was attending Columbia Dental School at the time. They were married for 67 years until his death in May of this year. Starting their life together in the Bronx, they later settled in Yonkers where they raised their three children. After taking a hiatus from teaching to stay home with her family, Angie returned to the classroom to get her certification in ESL and continued her teaching career in the Scarsdale, Bronxville and Yonkers school districts.

Angie was a longtime member of Holy Trinity Greek Orthodox Church in New Rochelle and was a member of the Ladies Philoptochos Society for many years. An avid reader, she also participated in the church book club. She was a wonderful cook and baker and loved those moments when her family was all together around the dining room table, especially when she shared the traditions of her Greek heritage. She is survived by her three children, Stephen, Mary (Frank), and Carrie (Chris) and her five grandchildren who she adored. We will all miss her dearly.

There will be a funeral service held for Evangeline on Thursday at 10am at Holy Trinity Greek Orthodox Church, 10 Mill Road, New Rochelle, NY.

To send flowers to the family or plant a tree in memory of Evangeline Mastrogeannes, please visit Tribute Store
Thursday
25
August

Share Your Memory of
Evangeline
Upload Your Memory View All Memories
Be the first to upload a memory!
Share A Memory
Send Flowers
Plant a Tree