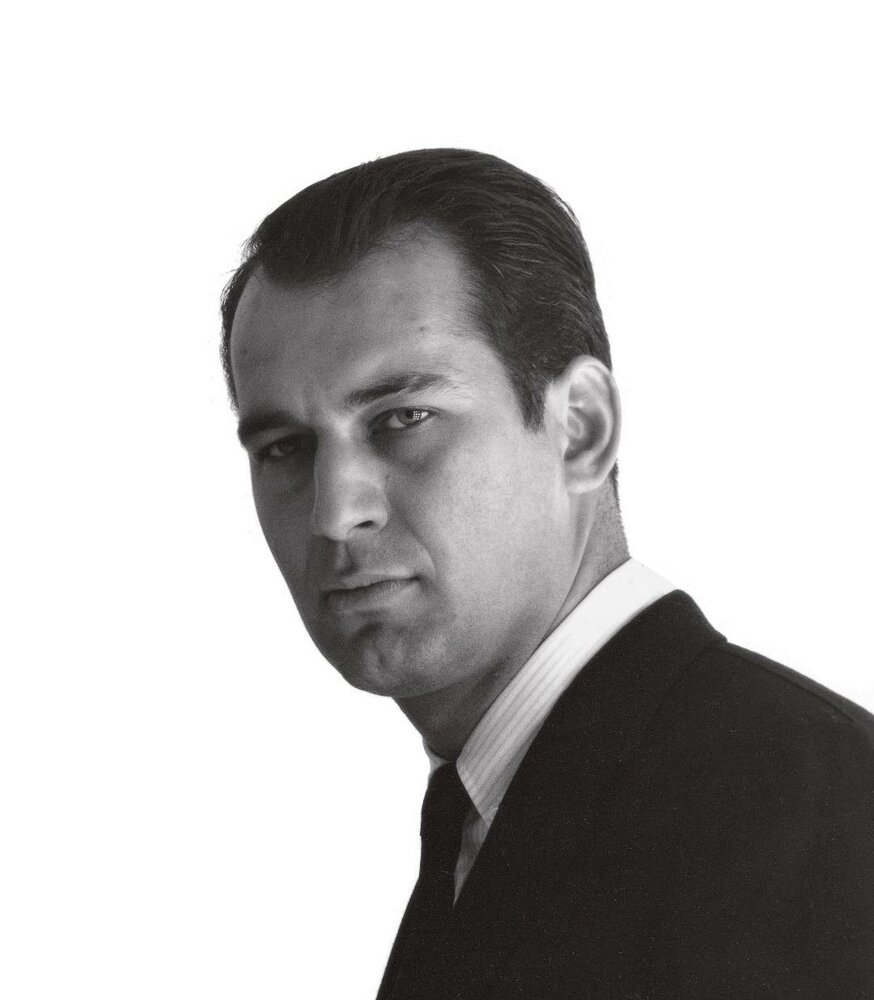 Please share a memory of George to include in a keepsake book for family and friends.
View Tribute Book
On November 18th, 2022 the world became a little less innovative, a little less provocative and lot less interesting. George Lois, passed away peacefully, surrounded by the things he held most dear. His family, his best friend, his work and his art.
The passion of George Lois has lit a million creative flames in this world, opened minds, influenced culture and politics, challenged countless millions to embrace societal change and exposed truth at every turn. From depicting Muhammad Ali as Saint Sebastian on the cover of Esquire magazine to having Mick Jagger scream "I WANT MY MTV” George rocked the world with a dynamic and persuasive visual explosion. Whether he was organizing a fund to fight the racial injustice of the wrongfully convicted boxer Rubin Hurricane Carter, exposing the evils of war by placing Lt. Calley on the cover of Esquire, or making you smile at the idea of Joe Namath as an Olivetti Girl, George found a way to get under the skin of society and evoke change. Business Week once wrote that “Every industry has its stars, and in the world of advertising, George Lois is a Supernova…” Indeed he was, but unlike the stars in our skies that become supernovas only to burn out, his light will continue to shine and inspire forever.
George recently lost the love of his life, Rosemary, his partner, his passion, his wife of seventy one years. Together they somehow survived the pain of the death of their beloved son, Harry Joseph Lois, at 20 years old on September 21, 1978, a loss too much to bear without her by his side.
He is survived by his son Luke and wife Diane, grandsons George and Alexander Lois, nephews Jon Tracosas and his wife Beth and Harry Tracosas and his partner Sally, niece Stemmie Adinolfi and husband Richard, grand-nieces Leah Jenness and husband Sam, Willa Hughes and husband Evan, grand-nephews Adam Adinolfi and wife Shaunna, Luke Adinolfi and fiancé Erin, and all of their families as well as friends too many to list. He held in his heart his cherished sisters Ricky Tracosas and Voula Chirgotis along with their husbands Ernie and Bill, his nephew Billy Tracosas who left this world some time ago and his grand nephew Miles Jenness who left this world too, too soon.

A memorial service honoring George will be held in February 2023 at CCNY, date to be announced.

In lieu of flowers, kindly consider a donation to the George Lois Archives at CCNY. A college described by George as "the most democratic institution of learning since Alexander the Great sat at the feel of Aristotle”

Look inside to read what others have shared
Family and friends are coming together online to create a special keepsake. Every memory left on the online obituary will be automatically included in this book.
View Tribute Book
Services for George Lois
There are no events scheduled. You can still show your support by sending flowers directly to the family, or planting a memorial tree in memory of George Lois.
Visit the Tribute Store

Share Your Memory of
George
Upload Your Memory View All Memories
Be the first to upload a memory!
Share A Memory
Send Flowers
Plant a Tree