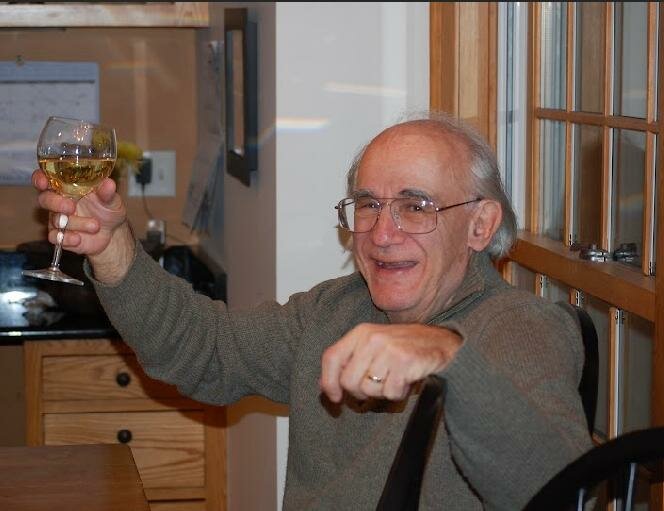 Please share a memory of Andrew to include in a keepsake book for family and friends.
View Tribute Book

Andrew Argiriadi died peacefully on November 15th, 2022 at the age of 86. He leaves behind a family who loved him tremendously and will carry on his legacy. Andrew “Andy” Argiriadi was born in the Bronx, NY, October 22nd, 1936, the son of the late Constantine and Despina Argiriadi (both of Samothrace, Greece) and brother to the late Argyrios (Jerry) Argiriadi and the late Triantafelia (Felia) Argiriadi Samios. Andy was a true New Yorker where he was born and raised, and proud to share that he worked in all five boroughs. He was an avid Yankees and Giants fan, and would constantly state that “Joe D” was his favorite baseball player of all time.

He attended both the Greek-American Institute and James Monroe High School in the Bronx where he displayed a balance of excellence in both academics and athletics. As a result of his athleticism, he earned honors as an All Star/All City halfback for his high school team where he was coined as the “Golden Greek” in the New York City newspapers. His success in both academics and football paved the way for a scholarship to Ursinus College in Pennsylvania. During his four years in college, he majored in Chemistry which created the foundation for his future accomplishments in his forty year scientific career. Amidst his career, he proudly served his country and served in the II US Army Corps Reserve for 5 years, decorated as a sharpshooter. His breadth of chemical expertise was in the field of General, Inorganic, and Polymer Chemistry. Initially, he developed unique and successful polymeric coats with associated patents for the shipping industry. Aligned with these discoveries, he developed several successful businesses with his beloved brother Jerry. Midway through his chemical career, he then expanded his impact by applying his chemical knowledge to the pharmaceutical industry where he joined the ranks of American Home Products. It was at this post where Andy was involved in formulation projects for a variety of OTC medications. Specifically, he spearheaded the creation of an enhanced ibuprofen solvent system which is a key component to Liquid Advil.

In 1969, Andy married his biggest supporter and love of his life, Despina Babis from Brooklyn, New York. Married for 53 years, together they shared many wonderful memories especially with their two daughters Dr. Maria Argiriadi D’Angelo (Anthony D’Angelo) and Dr. Pamela Argiriadi Nicastri (Daniel Nicastri).  Additionally, Andy and Despi are blessed with four wonderful grandchildren: Andrew (17) and Anthony (15) D’Angelo, Anthony (12) and Despina (11) Nicastri. Andy cherished his time as a grandfather, teaching them how to shoot a basketball or turn a double play, or simply sitting to talk about history, mathematics or science over a cup of warm cocoa. His family will forever love and remember his determination, intellectual zeal, and unconditional love. May his memory be eternal.

To send flowers to the family or plant a tree in memory of Andrew Argiriadi, please visit Tribute Store
Friday
18
November

Share Your Memory of
Andrew
Upload Your Memory View All Memories
Be the first to upload a memory!
Share A Memory
Send Flowers
Plant a Tree