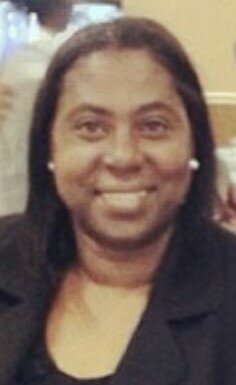 Please share a memory of Loretta to include in a keepsake book for family and friends.
View Tribute Book

The beloved Loretta E Robinson was born on August 29, 1954, in Old England, Jamaica, West Indies, to the late Headley Anthony Ward and Alice Rebecca Samuels, a Farmer and Homemaker. Loretta had thirteen brothers and sisters, seven boys and six girls. As the 10th child of her parents, Loretta helped her mother with chores and cooking for her siblings. She attended Primary and All-age school before meeting her future husband, who lived in the same community in the parish of Manchester, Jamaica. Loretta married in 1972 and had five children - four boys and one girl. Loretta's husband joined the US Military, where she joined him in the states in the late 70s. She and her family traveled through the States and the Caribbean to different Military bases.

The young saint met and became good friends with a Christian military couple in New Jersey, where Loretta found a ministry, "Church of God," and became heavily involved in the Church. While Loretta's husband was in the military, she took on the role of Homemaker and occasionally worked in the Military base kitchen as a cook. The fantastic cook took pride in cooking and had the most impeccable comfort food recipes.

Tragically, some years later, one of her sons passed away from a house fire. The loss of her son took a toll on her, and she moved out of the state of New Jersey to New York City, where she became a Cashier for United Artist Theatre and, later on, an Assistant Manager for Regal Entertainment. Loretta also completed vocational school to become a secretary in the late 80s.

Loretta met the late Elder Scott and Sylvia Scott, whom she fellowshipped with at Ogden Christian and Highway Christian Church. She became the Evangelist of Highway Christian church in the late 90s, where she had a host of family and friends fellowshipped. The. Evangelist used her ministry to preach in New York City, MTA, and Little Italy in the Bronx with her Pastor and parishioners. She adored the Church and the word of God. She loved and enjoyed traveling on church adventures and shop for clothing and household goods. Loretta had style and grace when shopping for her home or herself. She was kind-hearted and free-spirited, inspirational, and adored by many! Loretta has always loved her children and her ministry, which made her a virtuous woman in God's eyes.

Loretta passed away on September 7, 2022, in New York Presbyterian hospital. Her passing has shocked us all, but we all know she was a god-fearing woman, and her memory will forever live on in our hearts.

To send flowers to the family or plant a tree in memory of Loretta Robinson, please visit Tribute Store
Friday
23
September

Share Your Memory of
Loretta
Upload Your Memory View All Memories
Be the first to upload a memory!
Share A Memory
Send Flowers
Plant a Tree