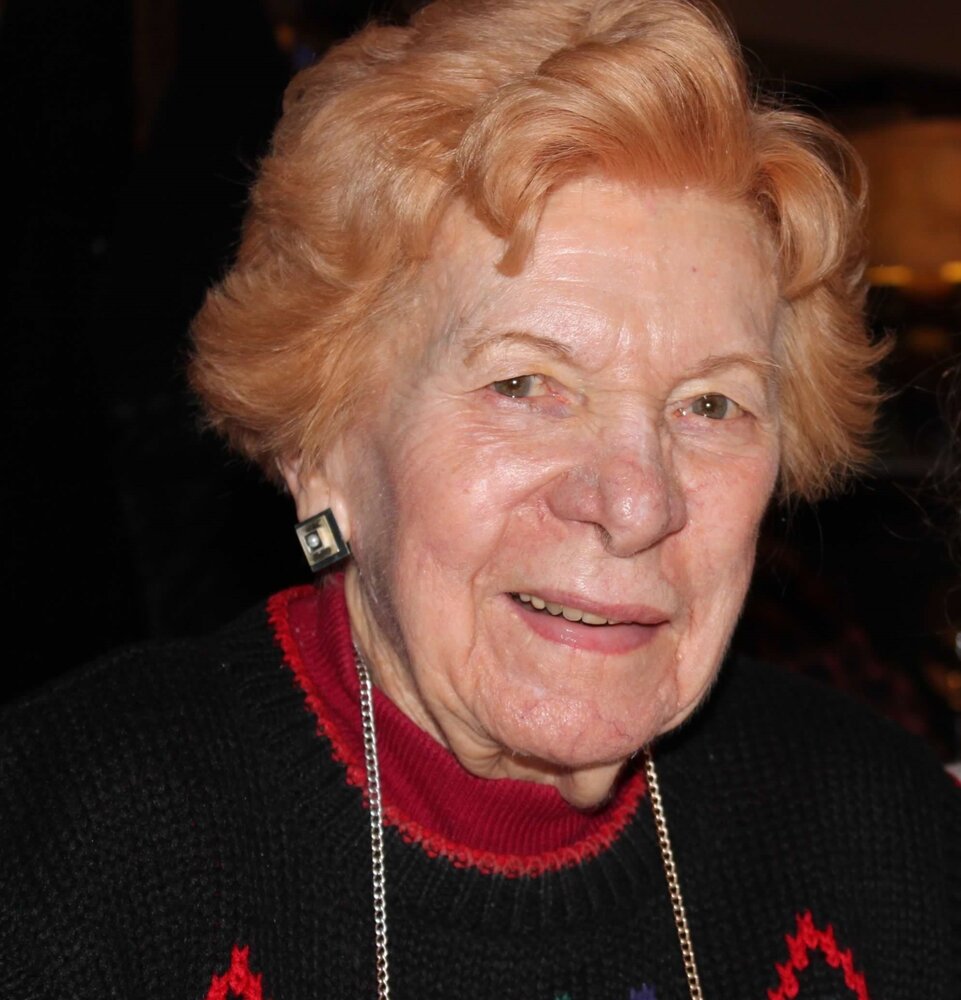 Born more than 100 years ago in the Bronx in 1921, Marian Burke Miller’s life was characterized by her devotion to her Catholic faith, her deep love for her husband and her extended family, her thoughtfulness of others, and her strength, resilience and optimism in the face of at times daunting challenges.

A graduate of Mount Saint Vincent College, Marian married her husband, George, in 1951 after they met at a Catholic singles dance in Manhattan. Together, they raised two sons – reporter Rich and social worker Gerry – in a fifth floor walk-up apartment in the Bronx. (Rich later joked that his Mom could credit her long life partly to the time she spent lugging groceries up all those stairs.) Marian and George were married for 58 years and had many friends with whom they enjoyed dining and dancing.

While her sons were still in school, Marian embarked on a teaching career that lasted more than 20 years and included earning a Masters’ degree from Hunter College.  A pioneer special needs public school teacher in New York City, she was part of a select group that developed and implemented innovative programs such as “resource rooms” that were the forerunners of the cutting edge curricula of today.

After Marian and George retired, they spent a lot of time travelling the world, including trips to Japan, Russia and countries throughout Europe. Marian especially looked forward to visits with her grandchildren, Daniel and Eliana, both of whom enjoyed the brownies she inevitably brought. Proud of her Irish heritage, she was also a loving aunt to Maureen, Bill and Irene, children of her sister Evelyn, who passed away at a relatively early age. When George suffered a decline of his mental acuity in his mid 80s, Marian responded with caring compassion as she faced increasing difficulties by his side.

In 2009, the two moved to Boston to be near Gerry. Thanks to her ability to make everyone she met feel special, Marian was well loved by both the residents and staff of the Goddard House assisted living facility where she spent the last 13 years of her life. She was dubbed “the evangelist” as she often sought to help those who may have “strayed from the flock” to return to their faith. She also helped establish a welcoming committee for new residents, took up painting and was an enthusiastic participant in numerous exercise classes. Her can-do attitude continually amazed the physical therapists who worked with her virtually up to the end of her life.

Share Your Memory of
Marian
Upload Your Memory View All Memories
Be the first to upload a memory!
Share A Memory