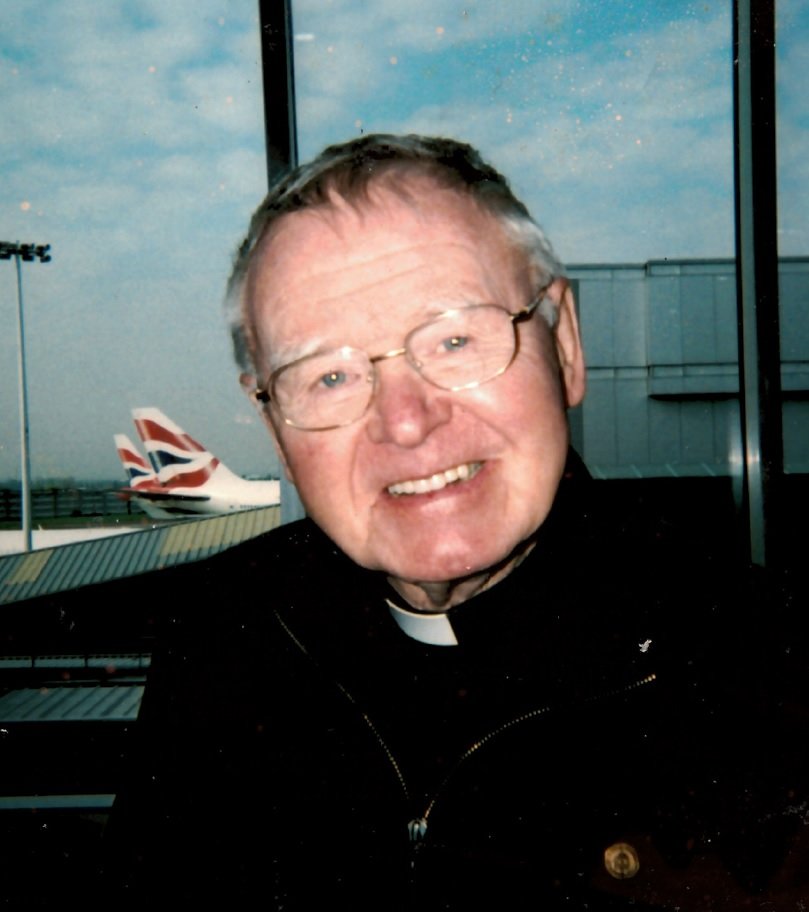 In 1936, when he was six, his family moved to Inwood, then a largely Irish neighborhood at the northern tip of Manhattan. His family were active members of The Church of the Good Shepherd, which was founded by The Paulist Fathers where they served fn that parish from 1911 to 2006.

In 1943, in his 9th grade year, Father Kevin entered St. Peter's in Baltimore, MD, a prep seminary school for the Paulist Fathers.  As a high school student in the juniorate, he took classes at nearby St. Charles College with the Sulpician Fathers.

Father Kevin earned both his undergraduate and graduate degrees from St. Paul’s College in Washington, D.C., which was then a degree-granting institution.

Father Kevin was ordained a Paulist priest on May 3, 1956 at The Church of St. Paul the Apostle in New York.  After his ordination, he served for two years at the Paulist Center in Boston before returning to his native The Church of the Good Shepherd where he was an associate pastor through 1962.

In September, 1962, Father Kevin began his 31-year career as a U.S. Army Chaplain. During his time in the military, he was stationed around the world, including Korea, Greenland, Alaska, Vietnam, various locations in the United States, Germany, and Italy.  From 1969 to 1970, he served an 18-month tour of duty in Vietnam which would leave a life-lasting impression on him.

During the span of his military service, Father Kevin was awarded many medals, including the Silver Star and two Bronze Stars, and rose to the rank of Colonel.

When he retired from the Army in 1993, Father Kevin returned to his native Inwood and became an associate pastor at The Church of the Good Shepherd., where he remained until 2006.

Following September 11, 2001, he helped to lead the community’s response to the tragedy and served at the World Trade Center site in the morgue.

For almost a decade from 2006 to 2015, Father Kevin provided pastoral care as the English-speaking priest for pilgrims in Medjugorje, Bosnia-Herzegovina and returned back to the United States permanently in 2015.

Between the years 2015 to 2020, Fr. Kevin lived at the Paulist Motherhouse on West 59th Street in New York City, where he assisted at The Church of St. Paul the Apostle.  Father Kevin died on March 25, 2021 of cardiac arrest at the New York State Veterans Home at Montrose, Montrose NY.

Fr. Kevin is the last of his brothers to pass away and is survived by his sister-in-law Geraldine (O'Reilly) Devine, widow of his eldest brother Donal, as well as numerous nieces and nephews, their children and grandchildren.

Zoom meeting will be available for the Visitation on Friday, April, 9, 2021 from 4pm to 8pm at Riverdale Funeral Home.

Zoom meeting will also be available for the Funeral Mass at Good Shepherd RC Church on Saturday, April 10, 2021 from 10am to 11am.

ALL SOCIAL DISTANCING RULES APPLY; MASKS MUST BE WORN UPON ENTRY WHEN ADDRESSING THE FAMILY PLEASE DO SO USING ALL COVID PROTICOLS THANK YOU.

To send flowers to the family or plant a tree in memory of FR. Kevin Devine, please visit Tribute Store
Friday
9
April

Share Your Memory of
FR. Kevin
Upload Your Memory View All Memories
Be the first to upload a memory!
Share A Memory
Send Flowers